he modern world is challenging. Most of us now live in very large states that far exceed the scale for which our social psychology has been designed. This tension between our psychology and our situation has profound consequences both for the stability of the political world and for our individual experiences of life as citizens in this world.

The challenges arise from two quite separate trajectories – one of increasing urbanisation that has been running ever since humans first began to live in villages during the Neolithic some 10,000 years ago, the other of increasing globalisation that has only been at work for the last century and perhaps less (essentially the modern era of rapid communication and travel). In general, increasing urbanisation, and ever larger cities, are associated with reduced familiarity with those one lives among, increased loneliness, higher crime rates, greater dysfunctionality and mental illness, reduced political engagement and a greater sense of disillusion. Increased globalisation leads to an increasing sense of losing control over one’s life and circumstances as the locus of control (big banks, multinational companies, political power) moves away from being local to an international arena where it is beyond influence.

[pullquote]all primate societies are implicit social contracts[/pullquote]To see why this is so, let us see how natural human communities look. Humans are members of the primate family, and we share with our monkey and ape cousins a number of key social and psychological features. There are two of importance here. One is that primates all live in bonded social systems – that is societies that are founded on intense, close, emotional bonds between pairs of individuals (mothers and babies, romantic couples, friends).  The second is that all primate societies are implicit social contracts: they are collective agreements to solve the problems of survival and successful reproduction cooperatively. Social contracts of this kind require individuals to be willing to hold back on some of their most desired objectives (a trait known in psychology as the inhibition of prepotent responses) so as to allow everyone to have a reasonably fair share of the benefits of group life. If individuals steal too much of each other’s food, or bully each other too much, it inexorably results in the break up of the group as those who lose out seek more congenial circumstances elsewhere – and hence the inevitable loss of the benefit that the group provided.

This value of ~150 reappears in all sorts of social contexts. It is the typical size of hunter-gatherer communities (or clans), the typically size of villages in medieval and early modern times in Europe, the size of the foundational unit of all modern armies (the company), the optimal size for longevity in 19th century US utopian communities (or which there were many) – and even the size of residential campsite communities in contemporary Germany. It also turns out to be the typical size of personal social networks (the number of people with whom you feel you have a personal, reciprocated relationship – the people you would make an effort to keep in touch with).

In traditional small scale societies, such as those of hunter-gatherers and small scale agricultural communities, this community of ~150 is the principal social or residential unit. In these cases, everyone knows everyone else, and indeed everybody’s social network of 150 people is more or less the same as everyone else’s, just structured in a different way (for example, my grandmother is your grandmother’s cousin). This close coherence in the community does two things. It provides a densely interconnected network in which the links between individuals allow everyone to keep up to date with who is doing what. In addition, it provides its own police force: the community acts as judge, jury and policeman on those who don’t fulfil the community’s expectations on how to behave.

Increasing urbanisation over the past few thousand years, combined with increased economic mobility (especially in the last 50 years), have had an important impact on our social networks. Because we move frequently, our social networks are now much more fragmented and sub-structured, as well as being scattered over a wide geographical area: they now consist of a set of sub-networks that rarely intersect and seldom interact – a family network, and a set of friendship networks that track our working and social lives over many decades (the friends I was at university with who meet up from time to time, the people I worked with and socialised with when I worked in Amsterdam, another group from when I was in Helsinki, yet another group from the days I spent in Edinburgh, and so on). Because these sub-groups do not know each other and never interact, the network no longer acts as its own police force.  If one group doesn’t like what I do – well, never mind, I can forget them and spend my time with another group who didn’t see what I did. And if one of them decides to say something to me about my behaviour, he or she is alone and will not have the backing of the whole community. Herein lies one of the commonly remarked negative aspects of modern urban life – people are less willing to intervene when someone behaves badly, and people are equally less willing to support each other in times of social or emotional need.

We can use any one of these six dimensions to create super-communities  that are welded together by a single common theme – people who have the same religious beliefs, who follow the same football club, who speak the same dialect. But because these supergroups are based on a single dimension, they are necessarily much weaker than close family or friendship relationships that are based on several dimensions. Nonetheless, it seems that this trick has been good enough to make very large groupings work – most of the time. Ideologies, whether political or religious, seem to be especially effective in this respective.

[pullquote]one-dimensional clubs are especially prone to fragmentation[/pullquote]But there is a downside to this: one-dimensional clubs are especially prone to fragmentation. This is especially clear with religion. Religion has its origins as a mechanism to create a cohesive community in small scale hunter-gatherer societies. The shamanistic form of religion characteristic of these societies is a religion of experience rather than of doctrine: such religions rarely have gods, and certainly not moralising high gods that rule over men, and they rarely have anything resembling either a theology or a moral code. They are based around emotional experiences during trance states, often induced by dancing and music, which create a deeply bonded sense of belonging to the community. The doctrinal religions that we are more familiar with (the world religions as we have them now) developed during the Neolithic as a way of controlling the members of the ever-growing community: God (a moralising high god) now is responsible for punishing backsliders so as to keep the community cohesive, and to do this He needs a theology, some religious rituals and some priests who act on his behave. This is now a top down, hierarchical, discipline-based system, and it works quite well as a way of keeping people in line.

However, it has one major drawback: the ancestral bottom-up psychological bases of experiential religion, invariably associated with personal mystical experiences, still sits beneath this artificial superstructure. As a result, all modern religions are bedevilled by constant upwelling of cults and sects based around psychologically more satisfying, personal scale, mystical religions, often based around a charismatic figure, and this threatens to fragment the unity of the imposed doctrinal religion. The history of all the Abrahamic religions (Judaism, Christianity and Islam), in particular, has been one of continuous struggle to cope with this. Well known examples within European Christianity include the Cathars, the Munster Anabaptists, and, in their origins, the Quakers, the Baptists and the Methodists, all of whom have been frowned on by the church authorities, some of whom have been suppressed while others have moderated their claims and behaviour (often in response to their own success and growing community size, with its need to impose doctrinal discipline).

Dunbar, R. (2011). Constraints on the evolution of social institutions and their implications for information flow. Journal of Institutional Economics 7: 345-371.

Dunbar, R. (2014). The social brain: psychological underpinnings and implications for the structure of organizations. Current Directions in Psychological Science 24: 109-114.

Dunbar, R. (2015). Social networks and their implications for community living for people with a learning disability. International Journal for Developmental Disability  61: 101-106. 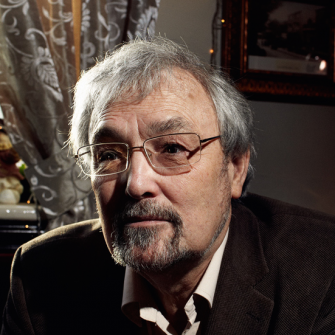