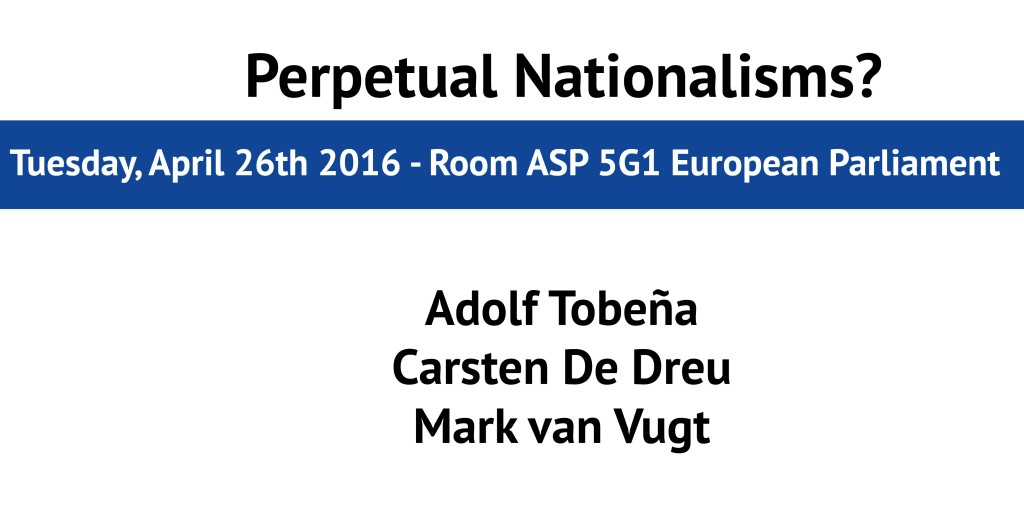 Nationalistic movements rooted on strong ethno-cultural traits are labouring in fully open and democratic societies as a fuel to ignite and feed secession conflicts. Contemporary Spain is a perfect example of that: after forty years of devolution rules that provided wide autonomy to its regions, old litigations between some communities and central State have not been solved. The big umbrella of the European Union is not doing better at all, on this issue. The ambitious unification experiment looked as a convenient frame to dilute secessionisms or regional demands for special recognition, but the current scenario looks quite the opposite: some “national problems” have reappeared in aggravated forms and neither the economic downturns or the accompanying social unrest offer solid bases for convincing analytical dissections.

Adolf Tobeña is Professor of Psychiatry and Medical Psychology at the Autonomous University of Barcelona. He is the author of more than a hundred and fifty research papers in psycobiology and neuroscience journals. He has been visiting professor at the universities of London, Venice, Groningen and Tel Aviv.

He has recieved the European Prize of Scientific Assay 2004 (Universidad de València); Ciutat de Barcelona de Ciència Prize 1992; Avui of Journalism Prize 1991. He is a regular contributor in the media. He has conducted popular science programs on radio (Catalunya Radio, Ona Catalana).

His research focuses on the study of the neurobiological and psychological foundations of cooperative decision-making and the regulation of conflict.

He has published his research in journals such as Science and Proceedings  of the National Academy of Sciences. In 2015 he recieved the Hendrik Muller Prize from the Royal Netherlands Academy of Science. He has been awarded with the 2014 Kurt Lewin Medal for mid-career achievements in social psychology from the European Association of Social Psychology.

He recieved the William Owens Scholarly Achievement Award from the Society of Industrial and Organizational Psychology (2014).

Mark van Vugt is a Professor of Evolutionary, Work and Organizational Psychology at the VU University Amsterdam. He is also associate researcher at the Institute for Cognitive and Evolutionary Anthropology at the University of Oxford. He collaborates in the Centre for the Study of Group Processes, University of Kent, UK

He is an expert on topics such as leadership, power or cooperation. His research focuses on the organizational and social behavior of humans.

He has been editor of the Journal of Personality and Social Psychology http://www.professormarkvanvugt.com