Towards a secular Europe: confronting fundamentalisms 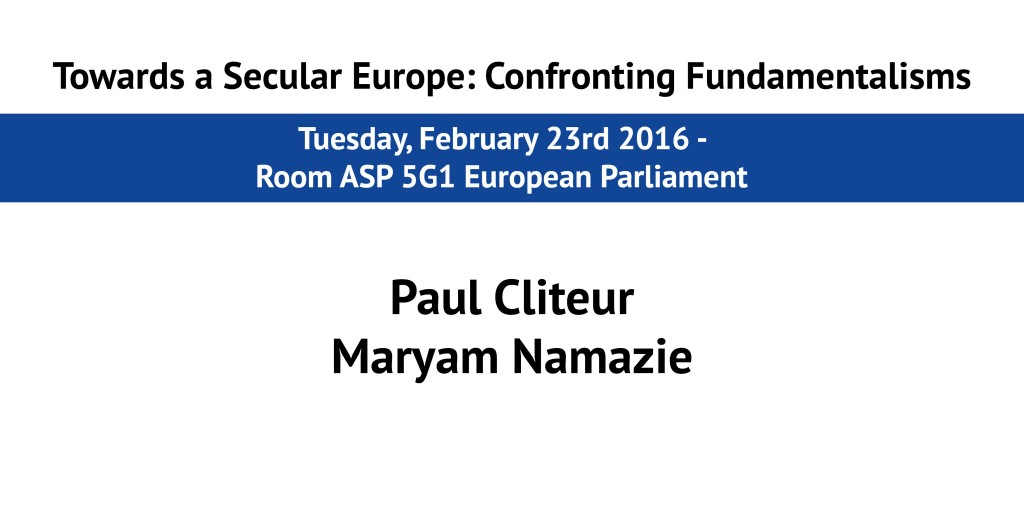 Euromind, a project by MEP Teresa Giménez Barbat, member of ALDE Group at the European Parliament, began its journey this February 2016 in Brussels.

After explain our guiding principles and some welcoming words for the guests, the first panelist was Paul Cliteur, from Leiden University, a well known european researcher on secularism.

In defense of true free speech

Professor Cliteur talked about freedom of expression and “theoterrorism”, an emerging risk for the open society in the 21st century.

From his point of view, freedom of consciousness, expression and belief are becoming “forgotten dimensions” of the human rights.

It’s important to remember that religious freedom –including the freedom to change your beliefs or becoming an unbeliever, is explicitly recognized in international human rights treaties (Art. 18 of the Universal Declaration of Human Rights). And it’s also official european policy (Art. 9 of the European Human Rights Charter).

Then our guest “dropped the bomb”: apparently the islamic republic of Iran has renewed the fatwa against british writer Salman Rushdie, author of The satanic verses, this february. According to The Independent the bounty for the death of Rushdie increased to $600,000.

This is a clear example of what Cliteur calls “theoterrorism”, a type of religious violence that can be seen in any of the “world religions”, even though is more prevalent now within the Islam. In “theoterroism” individuals, not just states, are allowed or even stimulated to perpetrate violence against apostates. And in a way this isn’t an entirely “new terrorist strategy”. In his book The secular outlook (2010), Cliteur explain in detail the biblical foundations of this doctrine, that we can still find in the story of Phinehas (Numbers 25:1-28).

Modern theoterrorism, first introduced by the fatwa proclaimed by Ayatollah Khomeini in 1981, implies a “modern hosting taking” process that is now on its peak, as the massacre of Charlie Hebdo, or the more recent Paris attacks, dramatically show. According to Cliteur this modern Terror technique is highly effective and has five main characteristics: i) It does not require complicated and costly actions in foreign countries, like capture a hostage and maintain it; ii) It has big terrorizing effects on the persons targeted; iii) Is extremely humiliating to the countries, especially european countries like Great Britain, France or Denmark, where it’s becoming harder and harder to maintain order and peace, and to protect individuals from harm and external coercion; iv) Is easier to “stimulate a confusing debate within european countries about the foundations on which those european countries rest”. Cliteur thinks that, even though our “founding documents” clearly support freedom of expression, or freedom of religion, the people are now being forced to adopt new moral attitudes constrained by political correctness and fear and v) the victims can never now when the situation can be terminated, as is very clearly illustrated by the Rushdie affair.

Nonetheless, Cliteur thinks there is “light at the end of the tunnel” as long as we can i) convince society that this is an important problem; ii) educate people about the real but often forgotten meaning of expressions like “freedom of expression” or “freedom of consciousness” and iii) foster european secularism to unite people in different countries with different religious (or non religious) beliefs.

From theocracy to citizenship

Our second speaker was Maryam Namazie, a British (Iranian-born) human rights activist and the founder of the Council of ExMuslims of Great Britain.

Namazie talked about the importance of defending moral universalism, citizenship rights and secularism.

Often conflated together, “Islam”, “Muslims” and “Islamism” are not the same: “Islam is an idea. Muslim are people. Islamism is a political movement, the religious far right”.

The fight for universalistic values, according to Namazie, is a fight against this movement.

But universalistic values are under threat now. Many non-believers, freethinkers, and atheists –also from muslim backgrounds– are still arrested, punished and sentenced to death in places like Egypt, Saudi Arabia or Iran. To put things into perspective, the saudi arabian regime redefined atheism as terrorism in a recent law. Even in Europe criticism of religion is increasingly difficult. Criticism of Islam, in particular, is often equated with bigotry against islamic minorities.

This “homogenization” of entire communities only help islamists. Namazie reminded us that minorities from everywhere, not just european westerners, have the right to question religion and become atheists.

There is also light here. Organizations like the Council of ExMuslim and successful campaigns (“I am exmuslim because”) represents a new hope. For Namazie, atheism and freethinking is a serious challenge to the islamist movement.

But western advocates of multiculturalism and “identity politics” are apparently unaware of it. Namazie talked about repeated attempts to cancel public meetings and intimidate dissent by islamists and radical leftists in universities like Goldsmith, where the LGTB society even issued a statement of solidarity with the president of Islamic Society!

For Namazie there is no “clash of civilization”. Secularism and fundamentalism are not in people’s DNA, in the words of Kenan Malik. The clash is between secularists versus theocrats in the West and in the East.

We were honored to have two brilliant speakers and ardent defenders of secularism, freedom of expression and consciousness at the core of the European Parliament. Our next Euromind Event will take place on April in Brussels. We hope to see you all. 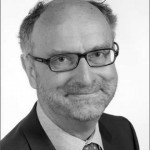 Towards a Secular Europe:
Paul Cliteur, professor of Jurisprudence, Leiden University (the Netherlands), author of The Secular Outlook and Moral Esperanto, will deliver a lecture under the title Towards a Secular Europe. Cliteur will explain why a secular Europe is the most stable guarantee for people of different cultural backgrounds to live together peacefully. 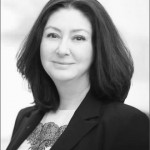 Confronting Islamism with Secularism, Blasphemy and Citizenship Rights:
Maryam Namazie will stress the importance of secularism, citizenship rights and free expression (including blasphemy and apostasy) in a plural Europe. She would also like to show how culture is not homogeneous and that there are many secular allies amongst “Muslim” migrants… 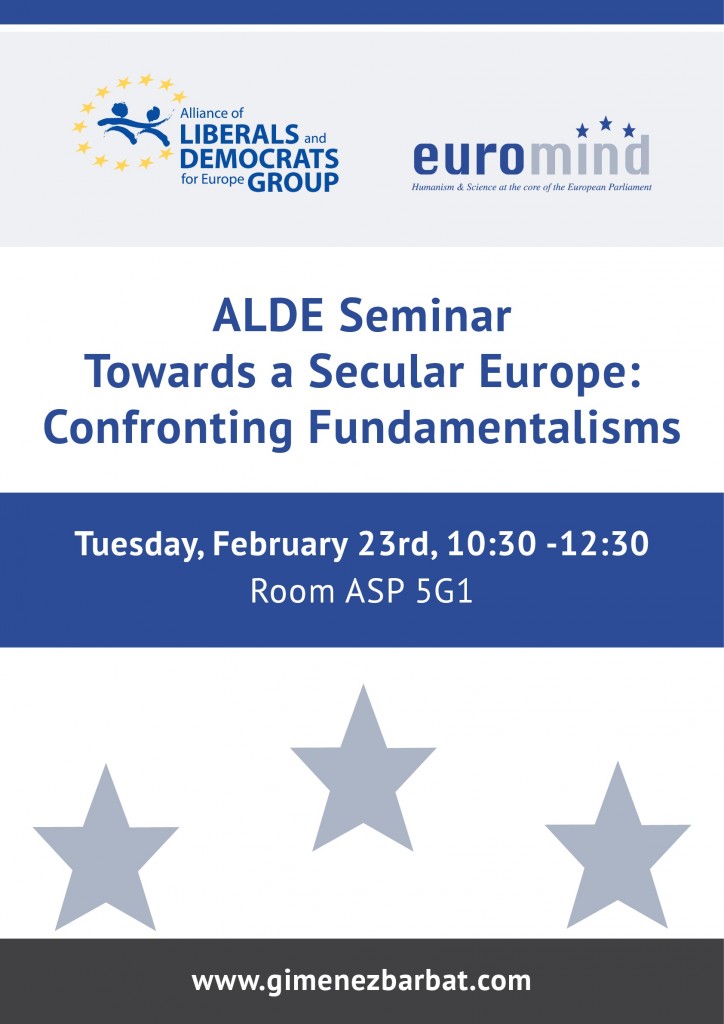 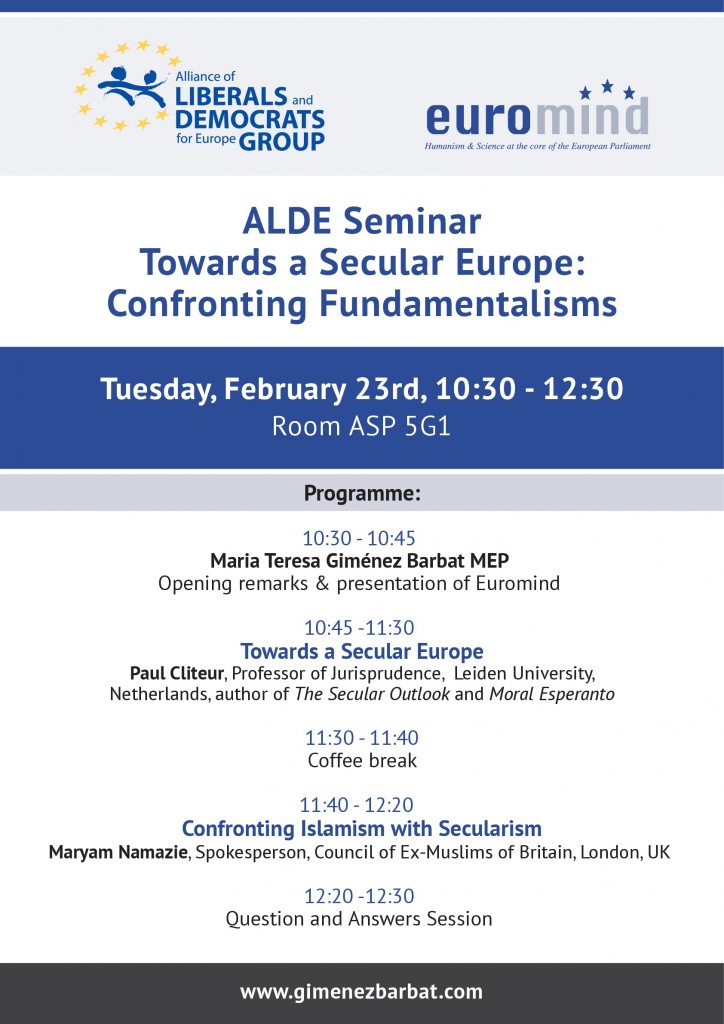 The shame of the pro-islamist left