The idea of Europe as a historical and cultural entity – an over-arching identity of its various peoples – is, in many ways, a plausible one. It is certainly plausible to me as an historian of Ancient Rome. It was Rome that first brought much of Europe under a single government, eventually conferring its citizenship on all of the Empire’s free inhabitants, integrating local elites in its system of administration and law, and exerting a profound and long-term cultural influence on the Empire’s diverse population. The heritage of Rome and of the Greco-Roman civilization is still relevant, in various ways, in much of today’s Europe. This finds expression, inter alia, in the fact that much of Europe speaks some later version of Latin, and in the Roman Catholic tradition. The Roman imperial heritage has influenced, over the ages, various notions of European unity, including the modern, post-World War II idea of a united Europe now embodied in the EU.

Of course, what has provided the main direct basis for the modern European idea has been neither the Greco-Roman heritage nor any of the later historical and cultural elements, as such, but the modern Western-type liberal democracy, to which all these earlier elements and traditions have contributed. At the present stage of its development, as part of its strong emphasis on equality, liberal democracy tends, beyond insisting on equality between individuals, to promote equality between cultures as well. While the concept of multiculturalism, at any rate in its more radical ideological versions, has in recent years become quite controversial, even its critics (those who remain within the liberal-democratic paradigm) accept today, as a matter of course, a much higher degree of cultural pluralism than was customary in the past.

Hence there is an inherent difficulty involved in trying to define contemporary European identity in cultural and historic terms. Can any such definition apply in equal measure to all the cultural groups – including immigrants and people of immigrant background – who populate today’s Europe? Should not liberal democracy and universal human rights be regarded as the sole true basis of European identity, its moral and, in the broad sense, cultural content? But if so, what makes this identity specifically European, as opposed to being shared by all modern liberal democracies? Moreover, is it really the case that modern liberal democracy itself – which has historically developed in European and European-origin context, and under a strong influence of European cultural traditions – is, in its present form, culturally neutral between the different groups of people that inhabit today’s Europe? This question is most often asked a-propos controversies on secularism, gender and sexual orientation – issues crucial both to the liberal democratic system of values and to the different cultures. In practical terms, to take a famous example, should the efforts, in various European countries, to restrict the Muslim veil, and to ban the burka, be regarded as a defence of European values or as an attack on them?

Finding a ‘thick’ cultural definition of European identity is thus problematic from the standpoint of some – though not all – interpretations of liberal democracy. Such a task cannot be reconciled with radical ideological multiculturalism and notions of ‘state neutrality’ in matters of identity and culture – for all that a modern liberal democracy must be ready to accept a substantial degree of cultural pluralism. On the other hand, a ‘European identity’ based solely on the values of liberal democracy does not, perhaps, provide a common ground that it strong and specific enough. Moreover, and even more crucially, fundamental liberal principles themselves, as they are understood in today’s Europe (and other Western-type democracies) are, in fact, far from being ‘culturally neutral’. There is often great reluctance to acknowledge this obvious fact in public debates on liberalism, culture and identity, for fear of putting minorities in an unfavourable light, and undermining modern liberalism’s claim to universality – i.e. the claim that its principles apply universally and equally to all human beings. But it is in many ways precisely because of Western liberalism’s radical ideological universalism, that its norms – certainly the more radical ones characteristic of its current version – are as a matter of fact, in today’s world, far from being universally shared.

The French governmental ‘Stasi Commission’ which recommended, in its 2004 report, the ban on (inter alia) the Muslim veil in France’s public schools, speaks of laïcité as ‘constitutive de notre histoire collective’ and describes its long pedigree: ‘It goes back to ancient Greece, the Renaissance and the Reformation, the Edict of Nantes, the Enlightenment, each of these stages developing, in its way, the autonomy of the individual and the liberty of thought. The [French] Revolution marks the birth of the laïcité in its modern understanding.’

Christianity is, significantly, absent from this account, coming as it does from the laïque French Republic – but in some of its elements it is unmistakably reflected. The spirit of this account may perhaps be best defined as post-Christian, but with an emphasis on ‘Christian’ rather than ‘post’; it would be useless to pretend that it is neutral between the different religious traditions. The historical–cultural heritage described in this text is common, in large measure, to Europe as a whole; so, specifically, is the principle of a (largely if not wholly) secular state, even in countries that do not practice a French-style strict secularism. But this heritage is not ‘all-European’ in the sense of being common to all of the people (at any rate, all large chunks of the population) in today’s Europe. It is the heritage of the European majority – or rather, a liberal and secular version of this heritage. Thus, any notion of a European identity based on this heritage, cannot be ‘culturally neutral’. It has of course to be open to all, but it is heavily imprinted by the culture of the majority.

The tensions, dilemmas and internal contradictions involved in trying to define a European identity do not in any way imply that there is anything wrong or artificial about this idea. A collective identity is always a complex matter – even an individual one often is; it would be unrealistic to expect to be able to define an identity common to hundreds of millions of people in a way that applies to all of them straightforwardly and in equal measure. But what are the borders of ‘Europe’ in this context? Surely, not the whole of Europe all the way to the Ural Mountains. What is probably meant is the European Union. The EU, despite its current problems and the drama of Brexit, is certainly a phenomenon of huge importance and significance, in European terms; this justifies discussing its identity, present and future, as a ‘European identity’, bearing in mind the necessary qualification. What must be on many people’s minds, when they talk about European identity, is whether this identity is, or can be made to be, strong enough to provide the basis for a federal European (EU-wide) state. This is seen by many as the natural ‘telos’ of the European project, while others opposite this idea and wish to preserve the European nation-states, regarding the EU as (no more than) a close union between them.

Of course, nationhood is a very flexible term. The nationhood envisaged here would naturally be ‘federal’ no less than the state in question – it would comprise various national and cultural sub-groups. Plurality of languages presents a difficulty, but not an absolute impediment, as is demonstrated by the example of Switzerland. The only thing that matters, in the final analysis, is for the people to regard themselves as belonging to a collective entity significant enough for the state based on it to be truly ‘theirs’. Germans and Greeks, for example, would have to think of each other primarily as ‘us’ rather than as ‘them’. They would have to regard each other much the same way as Bavarians today regard the people of Hamburg: ‘them’ in a significant sense, to be sure, for local identities matter a lot, but still, first and foremost, part of the larger German ‘us’.
Such a feeling among the majority of Europeans may emerge in the future; it is certainly legitimate to hope and strive for this. But it is obvious that presently, the peoples of Europe are not there. Until this happens, it would in my view be a great mistake to try to set up the structures of such a state, without the support provided by common identity and popular legitimacy. 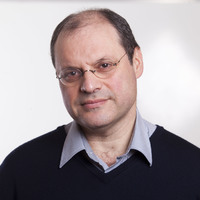