The Social Psychology of Brexit

Europe is in shock. After a tight majority of Brits chose to step out of the European Union, the question is “What’s next?” Over the past months we have heard many opinions from financial, legal and business experts about the consequences of “Brexit.” Some experts claim with certainty that this means the end of the EU and the United Kingdom – which now is being called “The Divided Kingdom” – while others, with equal confidence, assert the exact opposite.

It is surprisingly quiet among social and behavioral scientists, which is partly due to modesty, I believe. It is risky to make predictions about the future; we would rather provide explanations of events after the fact (“Why did the Berlin Wall fall”). It might also say something about the poor quality of theorizing in the social sciences. Rarely does a theory come by that is so elegant, simple, and far-reaching, that you think “This must be true” or “Why haven’t I thought of this?”

That was my experience when I came across the work of political economist Albert O. Hirschman. This German-American economist was born in Berlin, fought in the Spanish civil war on the side of the Republicans, and helped numerous European artists and intellectuals escape to the U.S. in the Second World War. In 1970 he wrote the classic “Exit, Voice, and Loyalty: Responses to Decline in Forms, Organizations and States”. Hirschman made clear that there are two types of reactions when consumers are dissatisfied about the quality of a product. They can decide to no longer purchase the product, so exit. If many people decide at the same time to exit, this is a signal to the company to improve the product. Sometimes exiting is not possible, for example when a company has a monopoly, in which case consumers will react by making their opinions heard through complaints or protests. This is what he calls “voice”.

In his book, Hirschman examined the relationship between exit and voice. Do people leave immediately or do they complain first before they quit? He reckoned that this coincides with their loyalty. When people are loyal to a product they will not be as quick to leave and rather make their displeasures heard. The “Exit-Voice-Loyalty” theory has been applied to many societal problems in the past 40 years. I have researched residents’ reactions in England when they are dissatisfied about neighborhood facilities such as the quality of schools, parks, or their safety. Do they complain to the municipality or do they move? In the end it depended on how easy it was for them to move. People who lived in owner-occupied housing reacted with voice, while people who lived in rented houses sooner chose for the exit strategy.
Exit and voice is also applicable in the area of employee well-being and even intimate romantic relationships. How do you react when you are dissatisfied with your relationship: will you discuss with your partner or will you leave? My wonderful former VU University colleague Caryl Rusbult (who died of cancer in her 50s) discovered that the more you have invested in your relationship, for example by having kids or loving your partner greatly, the more loyal you are and the less likely you are to exit from the relationship.

Now what does Exit-Voice-Loyalty Theory say about the future of the EU in light of the Brexit vote? Let me come up with a few predictions for the future. Firstly Brexit is a clear signal to the EU that this organization is in a bad state. Just as in an intimate relationship, exit hits harder than a voice because there are clear consequences: Actions speak louder than words! Brexit also shows that the loyalty of the Brits to the EU clearly is not very strong, which is probably also the case for inhabitants of other European countries. Brexit will make a collective exit from the EU more easy and attractive, especially when it turns out that the EU does not respond to such a powerful signal, and what will follow everywhere are more referendums. If citizens keep feeling that nothing is done with their critiques – their voice – concerning the EU, what will follow no doubt are further Spexits, Frexits, and Gexits until the union eventually breaks up.

Hirschman’s insights also impart that exit may be prevented by increasing the loyalty of citizens to the EU. That is where the root of the problem lies, I think. We feel European, even a Brit feels that, but we don’t feel like EU-eans. If we wish to increase the affinity of civilians with the EU we need to invest more in this project emotionally and symbolically.

So: make it mandatory for our schoolkids to have class trips to Brussels and Strasbourg, change the Eurovision into the EU-song festival, and organize the EU football cup (without England, of course) starting in 2020. Even a dating site linking people looking for partners within EU countries might work. The EU-project is an interesting social scientific experiment of historic proportions. Yet whether it will survive the 21st century is increasingly doubtful.

*thanks to Hannah Moore 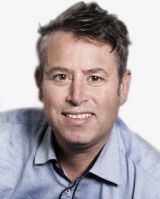 Professor of social and organizational psychology at the VU University Amsterdam