The Rise of the Nones

Before the rise of the religious right in the 1980s most politicians kept their faith to themselves. In 1945, for example, President Harry Truman, wrote: “I’m not very much impressed with men who publicly parade their religious beliefs.” After his election in 1953 President Dwight D. Eisenhower joined a Presbyterian church, but when he heard the minister was publicly boasting about his new member the general commanded: “You go and tell that goddam minister that if he gives out one more story about my religious faith I will not join his goddam church!” John F. Kennedy discussed his Catholicism only when forced to do so by critics during the 1960 presidential campaign. In a 1964 interview with the Baptist Standard, President Lyndon Johnson explained, “I believe in the American tradition of separation of church and state which is expressed in the First Amendment to the Constitution.” Richard Nixon was famously a Quaker, but what he practiced can best be described as religious expediency—whatever worked politically. Gerald Ford called his religiosity “very personal” and wrote, “I am most reluctant to speak or write about it publicly.” Even the openly evangelical Christian Jimmy Carter prioritized his religiosity below that of most political issues.

This all changed in the 1980s when evangelical pastor Jerry Fallwell and his Moral Majority (famously characterized as “neither”) convinced Christian politicians that evangelizing for the Lord included knocking on doors within the beltway. Throughout the 1990s and 2000s Christian sects and faith-based organizations such as Ralph Reed’s Christian Coalition of America and James Dobson’s Focus on the Family used rallies and donor support to convince politicians and candidates that if they didn’t pander to religious voters they stood little chance of being elected. The result has been a nauseating display of political cheerleading for Christ, from proclaiming Jesus as your favorite philosopher to petitioning the almighty at the end of public speeches to “bless the United States of America.”

Those days may be over. To those of us who are atheists, agnostics or “spiritual but not religious,” and who prefer to keep the Constitution and the Bible in separate drawers, the Pew Research Center has just published data from a massive representative survey of 35,000 adult Americans, revealing that the fastest growing religious cohort in America are the “nones”—those who check the box for “no religious affiliation.” Such unaffiliated numbers have been climbing steadily out of the single-digit cellar in the 1990s into a now respectable two-digit 23 percent of adults of all ages, up from 16 percent just since 2007. More telling for politicians who cater their campaigns toward younger voters, 34 percent of millennials—those born after 1981, and the nation’s largest living generation—profess to having no religion. A third! That’s a viable voting bloc.

It is really the raw numbers that should give pause to any politician or candidate contemplating ignoring this voting bloc. There are today about 245 million adult Americans. This translates into 56 million religiously unaffiliated adults of all ages, more than either mainline Protestants or Catholics and second only to evangelical Protestants. This translates into 19 million more people who have no religion just since 2007, an encouraging trend for those who have grown weary of America’s slide toward theocracy.

The trend lines are as unmistakable as they are consequential. As the religious pig makes its way through the generational python—from the Silent Generation (b. 1928-1945) to Baby Boomers (b. 1946-1964) to Generation X (b. 1965-1980) to Older Millennials (b. 1981-1989) to Younger Millennials (b. 1990-1996)—the number of the faithful coming out the other end will inexorably diminish in both number and influence. In addition, people are changing religions—the Pew survey found that 42 percent of Americans currently adhere to a religion different from the one into which they were born and raised, further eroding the quaint notion of there being One True Religion. Yes, some people raised with no religion became religious (4.3 percent of U.S. adults), but four times as many went the other direction.

Imagine no religion. This is no figment of your imagination. It is happening now and it may be the most important trend of the new century. Indeed, pulling back for a big history perspective, the shedding of religious dogmas and the demolishing of ecclesiastical authoritarianism has been underway ever since the Enlightenment, and in new book The Moral Arc I claim that this may well be the most important thing that has ever happened to our civilization.
Why?

The rules made up and enshrined by the various religions over the millennia did not have as their goal the expansion of the moral sphere to include more and more people. Moses did not come down from the mountain with a chiseled list of the ways in which the Israelites could make life better for the Moabites, the Edomites, the Midianites or for any other tribe of people that happened not to be them. The Old Testament injunction to “Love thy neighbor” at that time applied only to one’s immediate kin and kind and fellow tribe member. It would have been suicidal for the Israelites to love the Midianites as themselves, for example, given that the Midianites were allied with the Moabites in their desire to see the Israelites wiped off the face of the earth—a problem modern day Israelites are familiar with if you substitute Iranians for Midianites. It is in this way that religion is tribal and xenophobic by nature, serving to regulate moral rules within their community and impose them on other groups through force or conversion. In other words, faith forms an identity of those like us, in sharp distinction from those not us, variously characterized as heathens or unbelievers.

Yes, of course, most Jews and Christians today are not nearly so narrowly tribal as their Old Testament ancestors, but why? It is not because of some new divine revelation or biblical interpretation. The reason is that Judaism and Christianity went through the Enlightenment and came out the other side less violent and more tolerant. Ever since the Enlightenment, the study of morality has shifted from considering moral principles as based on God-given, divinely-inspired, Holy book-derived, authority-dictated precepts from the top down, to bottom-up individual-considered, reason-based, rationality-constructed, science-grounded propositions in which one is expected to have reasons for one’s moral actions, especially reasons that consider the other person affected by the moral act.

But the West only rejected religion as a valid system for determining political decision only recently, and the change has been only relatively progressive—relative to more extreme and fundamentalist religious sects in the world. There are enough religious extremists in America today that we must be vigilant and insist that our political process—one design for all of us to participate in—not be taken over or unnecessarily influenced by particular home-grown sects bent on tearing down Mr. Jefferson’s wall separating church and state. Here the trends are also positive. In the case of same-sex marriage, for example, where only a few years ago religions like the Latter Day Saints (Mormons) could pour money into campaigns to block bills that would grant homosexuals the same rights as heterosexuals, but those strategies no longer work. Why? Because secular values are winning out over religious values in the marketplace of ideas.

We see too well everyday what religion can do to a state. The Enlightenment secular values that we hold dear today—equal treatment under the law, equal opportunity for all, freedom of speech, freedom of the press, civil rights and civil liberties for everyone, the equality of women and minorities, and especially the separation of church and state and the freedom to practice any religion or no religion at all—were inculcated into the minds of Jews and Christians and others in the West, but not so much in Muslim countries, particular those who would prefer a return to a 7th century theocracy.

Herein lies the most profound meaning of this seismic shift in the tectonic plates of religious belief—militant Islamism and what happens when people take their faith seriously and refuse to accept the hard-won secular values of the West. As ISIL forces destroy the remnants of thousands of years of civilization in the name of their religion it is time we renounce faith altogether as a reliable method of determining reality and morality. It’s time we stop electing politicians who put their religion before the Constitution or insist that they will pray before making political decisions (like going to war), and instead rely on the best tools ever devised for advancing humanity out of the trees and to the stars—reason and science. 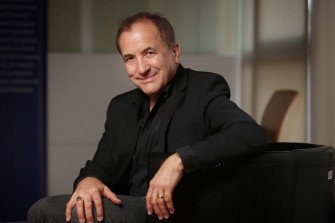 Michael Shermer is the Publisher of Skeptic magazine, a monthly columnist for Scientific American, and a Presidential Fellow at Chapman University. His new book is The Moral Arc: How Science and Reason Lead Humanity Toward Truth, Justice, and Freedom.