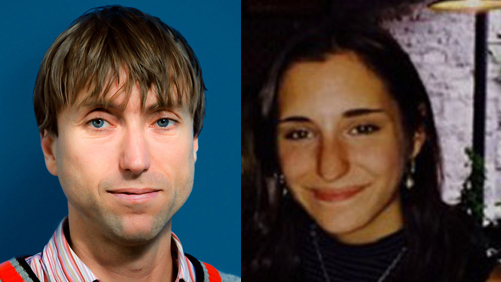 Suicide in Men: A Pan-National Epidemic

In total, over 43 000 European men kill themselves every year (European Parliament, 2016). This has raised serious alarm, with Professor Dan Bilsker of Simon Fraser University declaring that there is a ‘silent epidemic of male suicide’ (Bilsker and White, 2011). These rates are most pronounced in the 40-60 age group (European Commission, 2008).

It appears that there is something about being a man in modern Europe (especially a middle-aged one) that is contributing to these elevated rates of suicide. Numerous factors, many of which are under-researched and under-acknowledged, may be playing an explanatory role.

The divorce rate in the EU has been increasing over the past fifty years. In fact, the crude divorce rate has doubled between 1965 and 2011 (Eurostat, 2016c), with countries such as Denmark and Latvia having exceptionally high rates. Much research indicates that divorce and separation are strong risk factors for male suicide (Weissman et al., 1999). Indeed, countries with higher rates of divorce tend to have higher rates of male suicide. For example, Lithuania has the highest suicide mortality rate of all EU countries, with males dying by suicide at nearly six times the rate of women (Eurostat, 2016a). It also has one of the highest divorce rates (Eurostat, 2016c).

The link between divorce and suicide has been attributed to numerous factors. Firstly is the loss of social and emotional support on the break-up of a family. Secondly are the feelings of shame and stigma that often accompany divorce, which may be especially intense in religious or more traditional sub-cultures. Thirdly is men’s treatment by the so-called ‘family’ court system.

A common perception is that these courts are institutionally sexist, consistently ruling against men in a biased manner. Indeed, statistics from Eurostat (2015) indicate that lone father households represent only 2.6% of families in the EU compared to 13.4% being lone mother households. In the process of divorce, many men will lose their home, savings, children and reputation. This separation and loss can be soul-destroying for the men concerned, leaving them further isolated and alienated from mainstream society. These negative effects of divorce have been linked to suicidality in men (Bartlett, 2004). The mental health effects of separation and divorce are illustrated in the video below.

Some research suggests that men living in small towns and rural areas have particularly high-rates of suicide (Gallagher & Sheehy, 1994; Titelman et al., 2013). This has been related to changing economic circumstances. Across Europe, there has been a massive decline in traditional male industries such as manufacturing, forestry and fisheries, leaving many men unemployed or under-employed. This can leave the affected men bereft of a sense of pride, purpose and meaning in life; all of these are essential to psychological strength and resiliency (Moller-Leimkuhler, 2003; Wasserman and Mäkinen, 2009).

Having a job is a protective factor for suicide. However men make up the overwhelming proportion of people working in occupations that are highly dangerous. Obvious examples include the military and law enforcement. Other examples include forestry, fishing, construction, mining and the oil/ gas industry. Some of these sectors, such as fishing and forestry, are subject to a capricious seasonal and economic cycle. This can leave many men in a precarious situation, with periods of intense work followed by long periods of no work. Such economic instability has been linked to suicide (Yur’yev, Värnik, Värnik, Sisask, & Leppik, 2012).

Many of these employment sectors (especially the police and military) can expose men to a high risk of injury or violence. This can lead to disability and post-traumatic stress disorder, both proven predictors of suicide (Russell, Turner, & Joiner, 2009; Sareen et al., 2007). Also, these types of jobs often lead to social isolation, with men being deployed or relocated far from their families and friends. These occupational stresses can increase risk of substance use, which many have argued is a form of ‘slow-motion suicide’ (Vijayakumar, Kumar, & Vijayakumar, 2011).

Some scholars have argued that western cultures tend to demonize men. Different forms of evidence are marshalled to support this notion. Much of this revolves around a sociological theory known as the ‘chivalry hypothesis’. This states that the state and society acts in a gallant and forgiving manner towards women. By the same token, the state and society generally act more punitively towards men. This is the familiar ‘women as victim/ men as villain’ dichotomy (Grabe, Trager, Lear, & Rauch, 2006). The media and the legal system are two domains where this hypothesis has been most explored.

For example, numerous studies show that the media perpetuate the victim/ villain dichotomy, regardless of actual circumstances. One study found that the media more frequently described men with mental illness in stigmatizing and derogatory language, whereas women with mental illness were described with empathy and compassion (Whitley, Adeponle, & Miller, 2015). All this can perpetuate negative images of men, which in turn can shape wider societal attitudes.

Likewise, research shows a gender disparity in criminal cases. EU level statistics are not readily available, but a U.S. study found that men are twice as likely to go to prison, and receive 63% longer sentences than women for similar crimes (Starr, 2015). This is concerning because Europe has one of the highest rates of prisoner suicides in men, with men also making up 95% of the European prison population (Eurostat, 2016b; Fazel, Grann, Kling, & Hawton, 2011). This alleged demonization may contribute to a hostile climate towards men. This may lead to a lack of empathy, underfunding of services, as well as notions of male disposability.

Many academics have attributed male suicide to dominant notions of masculinity (Canetto and Sakinofsky, 1998; Möller-Leimkühler, 2003). Examples of such dominant notions include strength, stubbornness, stoicism and silence in the face of adversity. Some have argued that many men internalize these notions and that this negatively affects their behaviour. For example, a man with suicidal thoughts may be socially conditioned to feel that ‘real men’ shut-up and ‘man-up’ rather than disclose and discuss their issues with family and friends. Some evidence suggests that these notions may also deter men from seeking help from mental health services.

In fact, mental health services can play a vital role in the prevention of suicide. They can identify vulnerable men and take action accordingly. Services can also help treat known predictors of suicide such as depression and post-traumatic stress disorder. That said, men utilize mental health services at an alarmingly lower rate than women (Alonso et al., 2004). As said, this has often been imputed to men’s so-called stubbornness. While this may be part of the equation, an overlooked factor may be the configuration of official mental health services, which many men may find distinctly unattractive due to a perceived over-emphasis on talking and medication.

Indeed, men’s stoicism and silence has often been viewed as part of the problem, but could it in fact be part of the solution? Men often prefer action over words. They like doing, constructing, contributing, often in silent fellowship with others. This may explain the growing popularity of innovative interventions for isolated and lonely men such as ‘men’s sheds’ (Golding, Kimberley, Foley, & Brown, 2008). These are places where vulnerable men can get together for ‘activities like woodworking projects, cooking, bike repairs, and music’. Evaluations suggest that men’s sheds improve participants’ mental health, implying that they may be viable alternatives to official services (Ballinger, Talbot, & Verrinder, 2009).

Solutions
What can be done to address the problem of suicide?

Firstly, there is a need for local, regional, national and pan-national action plans. A recent report notes that only 13 EU countries have national suicide prevention strategies (European Parliament, 2016). New plans must be formulated, and existing plans regularly updated in the light of new evidence. These should contain clear goals, concrete targets and responsibilities for various sectors. They should also address issues such as prevention, crisis intervention and research. Given the preponderance of male suicide, specific targets should be created for men. These targets and goals must be regularly monitored and evaluated.

Secondly, suicide should be recognized as a social issue as much as a health issue, with attention paid to issues such as unemployment, economic change and familial disruption. The role of the family court system must be urgently investigated, perhaps accompanied by new legislation which addresses any identified gender inequalities.

Thirdly, there is a pressing need for more choice in the mental health system to ensure that it is male-friendly. This may involve the expansion of interventions such as men’s sheds, as well as other interventions which build on the male proclivity to invent, create and work as a team.

Such action may go some way to reducing the silent epidemic of male suicide.

Eurostat. (2016a). Cause of death statistics. http://ec.europa.eu/eurostat/statistics-explained/index.php/Causes_of_death_statistics. Accessed 17 Jan 2017.

Golding, B., Kimberley, H., Foley, A., & Brown, M. (2008). Houses and sheds in Australia: An exploration of the genesis and growth of neighbourhood houses and men’s sheds in community settings. Australian Journal of Adult Learning, 48(2), 237.

Möller-Leimkühler, A. M. (2003). The gender gap in suicide and premature death or: why are men so vulnerable?. European archives of psychiatry and clinical neuroscience, 253(1), 1-8.

Whitley, R., Adeponle, A., & Miller, A. R. (2015). Comparing gendered and generic representations of mental illness in Canadian newspapers: an exploration of the chivalry hypothesis. Social psychiatry and psychiatric epidemiology, 50(2), 325-333. 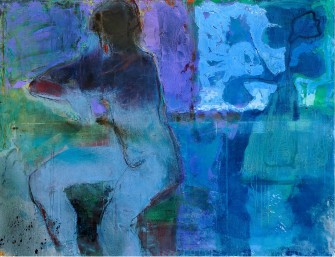